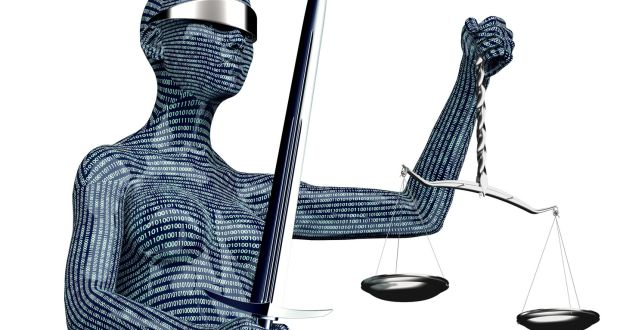 Did you hear the one about the affordable yet efficient human lawyer and its robot counterpart? One is complete myth and will never happen while the other might be just around the corner thanks to artificial intelligence (AI).

I couldn’t help myself. Everybody loves a silly lawyer joke but the joke may be on us because the lawyer or barrister is one of the professions least likely to be replaced by automation and it may also be one that will benefit most from AI and machine learning.

There is an interesting website called willrobotstakemyjob.com where you can enter various jobs and see the probability that automation will, at some point in the future, render certain professions obsolete or not. This is calculated using a methodology developed by Oxford University researchers looking at the future of employment.

“There is only a 3.5 percent chance for lawyers but it changes for jobs that involve processing figures; for example, there is a 99 per cent chance that automation will replace insurance underwriters,” explains barrister and author Matthew Holmes.

“It’s jobs where there is a human element like being a barrister or a journalist (now I feel bad for the lawyer joke) that will be less susceptible to computerisation.”

While AI may not lead to a widespread loss of jobs in the legal profession, Holmes says that barristers will be adapting to the arrival of AI and automation: “Part of the reason that barristers will be adapting is to do with jobs involving a formula or sifting through documents, specifically in working with contracts and discovery (a pre-trial process where both sides look for relevant documents to build their case).

“AI is already being used in the states for [the purpose of discovery]. Say you are involved in a case with global multinationals against each other – there could be millions of documents. At the moment [in the US] there is an abuse of this process; it’s like finding the needle in the haystack and will involve getting very junior lawyers to sift through documents at an hourly rate, which is lengthy, cumbersome and expensive.”

JPMorgan, for example, announced last year that it is using software called Contract Intelligence, or COIN, that can dramatically reduce the amount of time it takes to review legal documents; what had taken legal aides 360,000 man hours in the past now takes seconds when done by COIN.

“Just because computers are doing this doesn’t mean it will lead to a loss of jobs. It means you can leave those easily automated tasks aside and work much more effectively for clients: it’s a cheaper, better, faster result for them and the lawyer’s work rate is halved.

So what will barristers be doing if AI and automation reduces the workload? There are two main parts to being a barrister, says Holmes: drafting documents and representing clients in court. The latter is what they spend most time doing and it is, he says, a very human thing.

“No one goes to court because something good has happened, it could be a family case or personal. It can be very emotional for someone to get justice, clear their name or try to stay out of jail. A barrister is going to have to ask very difficult questions, have to comfort them, and be around in times of high stress. Being human is a very important part of that.”

Despite algorithms already being used in the US justice system in some states to calculate recidivism, or a person’s chances of reoffending, in order to deliver a sentence. This has been shown to exhibit algorithmic bias where an individual’s economic, social or ethnic background has influenced calculations.

“Being a lawyer is about dealing with shades of grey. How can an algorithm deal with the concept of justice? There is no mathematical way of deciding an exact level of guilt,” says Holmes.

But algorithms can assist the process of justice. Andrew Arruda is chief executive and co-founder of ROSS Intelligence, an AI system based on IBMWatson’s technology that acts like a legal researcher to help lawyers in the areas of bankruptcy, intellectual property (IP), and labour and employment law.

“[Ross Intelligence] improves the efficiency, accuracy, and efficacy of legal research. We do this by using cutting-edge machine learning and natural language-processing technology, much of which was pioneered at the University of Toronto, where our company was born,” explains Arruda.

The subscription service uses Natural Language Processing (NLP) so that instead of trawling through several static databases for the right case law a lawyer can ask a specific question to ROSS like they would to a colleague, eg “Is there precedent for situation X?’ and receive a consolidated answer. It also tracks law in relation to your legal issues to keep you updated.

Alongside ROSS, Arruda and his co-founder Jimoh Ovbiagele provide a free online service called EVA that they encourage anyone with an interest in AI-based legal technology to sign up for and try out.

“EVA substantially increases the efficiency and accuracy of legal document analysis (think briefs, memoranda, motions, pleadings, etc), while also showcasing some of the work our engineers are now doing in semantic relationship analysis between words, as well as information synthesis,” says Arruda.

This all sounds suspiciously like AI-enabled smart software that is taking the drudge work out of legal research rather than some AI lawyer entity that can work on its own. But is the legal profession about to smash the loom lest it takes replaces too many people? Should we be telling students to reconsider a career in law if automation will slowly infiltrate most aspects of the job?

“Early on, ie three years ago, which is the equivalent of a few decades in startup years, this was a common misconception,” says Arruda.

“In the past year or so we’ve seen the legal market’s understanding of the strengths as well as limitations of AI mature in a very constructive way. What this means is that the dialogue has moved away from alarmist conversations about ‘robot lawyers’, and into the realm of how lawyers can leverage this new wave of software in their day to day workflows.”

Even so, times will change: “We are currently still in the adoption phase of narrow applications of artificial intelligence in the legal space. This cycle will likely continue for the next 12 months or so and from there we’ll enter into the next phase of the adoption cycle. At that point, we’ll begin to start seeing how the delivery of legal practices will evolve across the entire industry,” explains Arruda.

“It’s still too early to tell how this will play out in detail, but we’re already seeing a rethinking of the classic ‘big law’ and billable hour model, as well as the nature of the lawyer-client relationship. In the future, lawyers will be able to play a very valuable advisory role for their clients, as the more simple and routine work can be both expedited and performed to a higher degree of accuracy using AI tools.”

This future, of course, assumes that the kind of data these machine learning systems use is accessible in the first place and this is the hurdle that legal tech startup Vizlegal is working on, says chief executive Gavin Sheridan.

“Of course you’d want to apply sophisticated algorithms and machine learning to data; that’s great if you can get the data and it’s even better if the data is structured. But if you speak to anyone who works in machine learning or AI, the first thing they will say is ‘you need data first’.

“That’s why a lot of academic papers on machine learning are written around Twitter or YouTube because there are APIs (Application Programming Interfaces that companies build to allow users to interact with and build tools using their data) for those platforms. If there is no API you’re in trouble.”

Sheridan says that if you are looking at improving the legal industry with AI you need to look at it from first principles: “At the very simplest level you have to get the information first, get it in the correct format and get it correctly structured before you can do all the nice sexy machine learning stuff.”

A typical example of issues around accessing legal data, says Sheridan, is the Irish Tax Appeals Commissions, which periodically publishes decisions. The problem is these decisions are published in PDF format, which is problematic for a tax practitioner or lawyer working in the tax area that is hoping to keep on top of updates. Even with a Google alert set up, it won’t be possible to keep tabs on key terms within the PDF. We’re so used to thinking that Google indexes and makes searchable all online documents, but what about scanned sheets, non-useful or misspelled file names, no associated keywords, websites with tags asking search engines not to index them etc. How much online legal data is unintentionally inaccessible?

“Most legal data isn’t published in a way that is user centred. Ideally, there should be an API for all of these things but we’re not living in an ideal world,” says Sheridan.

“What Vizlegal is focused on is how do we make that information more accessible for the types of people who need it. This involves building systems to try and pull that information from those kind of public government websites and make it more usable; building tools around the needs of the user rather than just throwing information out there.”

In Sheridan’s view, there should exist structured data for all the types of information that lawyers – all professional regulated industries – need. In talking to practitioners, one of the core frustrations he hears time and again is FOMO, they think they might be missing something. This and the fact that they have to visit eight or nine different websites to keep up to date on relevant documents.

So while this brave new world of AI-assisted legal practices may well be only a little further down the line, Sheridan and Vizlegal are tending to what he likes to call “the plumbing and pipes of law”, laying the groundwork for the “sexy machine learning” part.