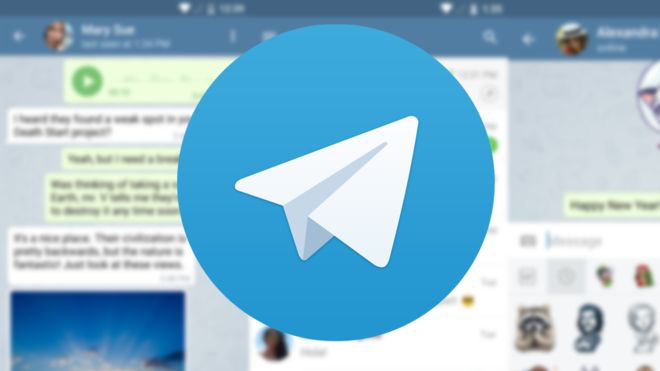 Apple and Russia are locked in a stand-off over the company’s App Store.

The Russian telecoms regulator Roskomnadzor has asked the US firm to remove the popular messenger app Telegram from the Russian version of the store.

Despite attempts by Russian authorities to block the app since mid-April, it remains in widespread use.

Roskomnadzor has given Apple a month to reply and it is unclear what will happen if it ignores the request.

Apple has previously complied with Chinese requests to remove VPN services from its App Store.

Telegram was developed in Russia and is one of the world’s most popular messaging services.

It is available on tablets, computers and mobiles, giving users end-to-end encryption. This means only the sender and recipient of messages can see them. Messages remain private from third parties such as the Russian government.

The company left Russia because of the country’s internet regulations and is now based in Dubai.

Thousands gathered in Moscow in April to protest against the ban on the app. Telegram’s founder Pavel Durov, who was born in St Petersburg, took to Twitter to thank those who turned out.

Telegram claims on the FAQ section of its website that “Apple has been blocking Telegram from updating its iOS app globally since mid-April”.

It is possible that, as a result, the app is not GDPR compliant. On the Android Google Play store by comparison, the app was last updated on May 26, the day after the GDPR implementation date.

A privacy expert has said the move marks the “ongoing power tussle between big technology companies and nation states”.

“Of course you would have a lot of annoyed Russian iPhone owners.” he added.