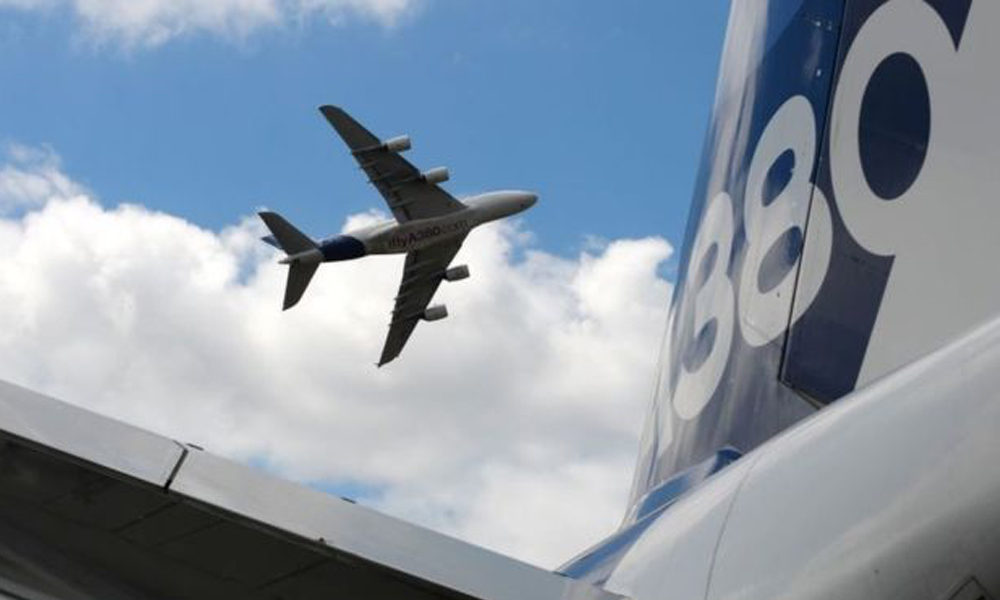 The World Trade Organization (WTO) has ruled that the European Union (EU) failed to comply with requests to end subsidies for Airbus.

The US Trade Representative (USTR) said the ruling in the dispute opens the way for placing tariffs on EU goods.

The USTR argued that European countries had given $22bn in state aid to Airbus to help launch its A380 and A350 jets, causing losses to US rival Boeing.

The European Commission said most of the disputed support ended in 2011.

It said it had “only a few” remaining things to do to be compliant and pledged “swift action” on those fronts.

What is the history of the dispute?

Tuesday’s ruling in favour of the US, which brought the case on behalf of plane-maker Boeing, brings an end to a dispute which began in 2004 over $22bn (£16.3bn) in subsidised European financing for Airbus.

The WTO initially found in favour of the US in 2011. The US subsequently complained that the EU and certain member countries were not in compliance with the decision, prompting further wrangling between the two sides.

On Tuesday, the WTO dismissed an appeal by Airbus, saying the European plane maker had failed to fix the harm done to US rival Boeing.

The EU and Airbus argued that the WTO had rejected many of Boeing’s initial claims in the suit, limiting the damage.

Airbus is also waiting for the outcome of a similar WTO case challenging US government support for Boeing.

Airbus chief executive Tom Enders said: “Of course, today’s report is really only half the story – the other half coming out later this year will rule strongly on Boeing’s subsidies and we’ll see then where the balance lies.”

What does the ruling mean?

The decision authorises the US to retaliate against Europe with sanctions, the amount of which would be determined in another WTO decision.

Boeing said it is expecting the “largest-ever WTO authorisation of retaliatory tariffs” – which would mean billions of dollars.

The retaliation can apply to a range of goods and could come as early as 2019, analysts said.

What will this do for US-EU relations?

It is rare for a dispute to reach this point. And in the past, the counter-claims over US subsidies for Boeing have kept tensions in check, averting tariffs.

“Unless the EU finally takes action to stop breaking the rules and harming US interests, the United States will have to move forward with countermeasures on EU products,” he said.

The Trump administration may decide to use the decision as leverage to advance other goals, said Chad P. Bown, a senior fellow at the Peterson Institute for International Economics in Washington.

The White House is currently negotiating with the EU over steel and aluminium tariffs. The US has also expressed frustration over tariffs placed on US goods such as automobiles.

“This has the ability to get complicated,” Mr Bown said.

The leverage would be short-term, depending on the outcome of the case against the US, he added.

The WTO panel has issued a ruling, and both sides have claimed victory. To anyone who has followed the ins and outs of this A380-sized trade dispute over the past 14 years, that will not come as any surprise.

Boeing and the US are trumpeting their view that it shows “disregard for the rules and illegal subsidies is not tolerated”. Meanwhile Airbus is portraying the decision as a “significant legal success” because many of Boeing’s original complaints have been dismissed along the way.

And still grinding through the WTO machinery is a separate complaint the EU has filed against Boeing over allegedly illegal subsidies from Washington State, the US Department of Defense and NASA.

The reality is that developing large aircraft requires huge amounts of money – and the best source of that, one way or another, is governments. It isn’t only happening in Europe either. Russia and China, for example, are both funding major civil aircraft programmes.

In fact, this dispute looks increasingly like a relic of the days when Boeing and Airbus enjoyed a cosy duopoly, and could afford the distraction of years of complex litigation.